Search by
Year in Review: Deep Learning in 2022 | Hippocampus's Garden

Year in Review: Deep Learning in 2022

Reflecting on the past year, it’s clear that 2022 brought significant advancements in the field of deep learning. In this year-in-review post, I’ll take a look back at some of the most important developments in deep learning, highlighting representative research papers and application projects. If you’re interested, you can also check out my review of the previous year, 2021.

In this section, I’ve selected five papers that I found particularly interesting and impactful.

Since NeRF (neural radiance field) was introduced in 2020, there has been a lot of derivative work to extend its capabilities. In CVPR 2022, we saw more than 50 NeRF papers (here is a curated list).

Block-NeRF stands out among such works. While typical NeRF variants are trained to render a single object, this method is capable of rendering city-scale scenes. The demo presented below renders the Alamo Square neighborhood of San Francisco.

Rendering large scenes is a challenging task due to the varying conditions under which input photos are taken, such as lighting, weather, and moving objects. Block-NeRF divides and conquers this problem. It splits the entire scene into multiple sub-scenes, each of which is assigned a separate Block-NeRF model. To render a scene, the models are filtered by the visibility from the viewpoint, and then the model outputs are combined based on the distance from the viewpoint. This approach is preferred because it is easy to expand the scene and update specific sub-scenes. 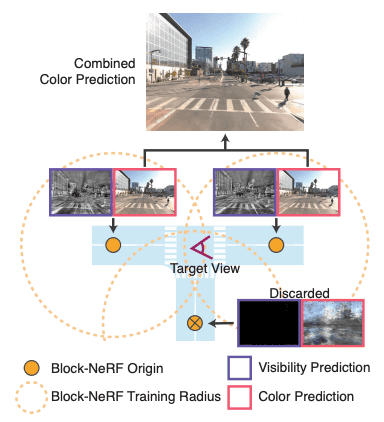 Last year, Decision Transformer (DT) emerged as a powerful baseline for offline reinforcement learning (offline RL). Is it possible to create a generalist agent with DT in the same way that pretrained Transformers generalize to a variety of natural language tasks?

To answer this question, researchers trained DT in a multi-game setting, where 41 games out of the Atari suite are used for offline training and 5 other games are held out for evaluating performance on unseen tasks. The offline training data include non-expert experience as well as expert experience. The interface of the DT used in this study is illustrated in the figure below:

Without fine-tuning, the pretrained multi-game agent exceeds human-level performance for the 41 games seen during training, although it is not as good as the specialist agents trained on individual games. However, multi-game DT beats all the other generalist agents. So, it is possible to create a generalist agent with DT.

Moreover, the scaling behavior known in the natural language tasks, for the first time, is confirmed to hold in offline RL. In novel games, the conventional method called CQL scales negatively with respect to the model size but DT does positively. This is an important step towards the development of foundation models for reinforcement learning.

In recent years, the scaling capabilities of Transformer models have caught the attention of many researchers, leading to the development of larger and larger language models. In another line of research, many alternative architectures have been proposed in an attempt to improve the computing efficiency of the Transformer, which was first introduced in 2017.

Now it’s natural to ask whether these alternative architectures scale or not. This paper aims to answer this question by comparing different model architectures, including Transformer variants and CNNs, on both upstream (language modeling) and downstream (SuperGLUE) tasks. 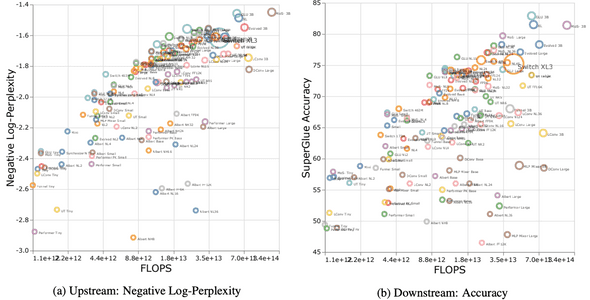 The results of the study are summarized in the above figure, which can be a bit difficult to interpret. The key takeaways from the study include:

Diffusion models are thought to be grounded in theories such as Langevin dynamics and variational inference, largely due to the mathematical tractability of the Gaussian noise. However, this paper poses a question to this understanding: is Gaussian noise truly necessary for diffusion models?

In experiments, the authors observe that diffusion models actually work with alternative choices of noise, even when the noise is deterministic (e.g., blur, masking, etc.). This finding opens the door for the development of new generative models that are not constrained by the traditional requirement of Gaussian noise. 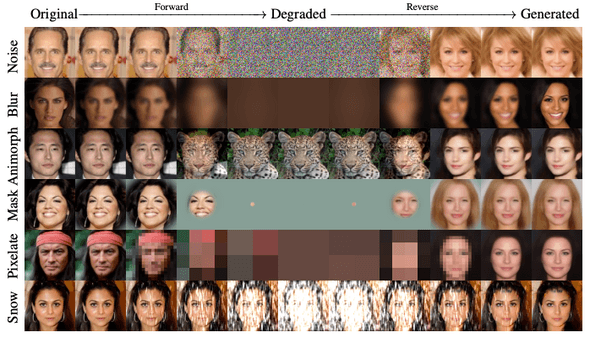 Vision and languages are not the only modalities that enjoy the benefit of large Transformer models and web-scale data. Recently, these techniques were applied to automatic speech recognition (ASR). Whisper (web-scale supervised pretraining for speech recognition) is a large Transformer trained on an unprecedented amount of transcribed speech data. This allows for improved transcription in multiple languages and even translation to English, with increased robustness compared to previous models.

Robustness is a crucial aspect of ASR performance, as it determines the model’s ability to generalize across different datasets. As shown in the figure below, previous ASR models trained on a single dataset (LibriSpeech) show poor performance on other datasets (Common Voice, etc). Humans do not behave like this. Whisper, however, closed this gap. 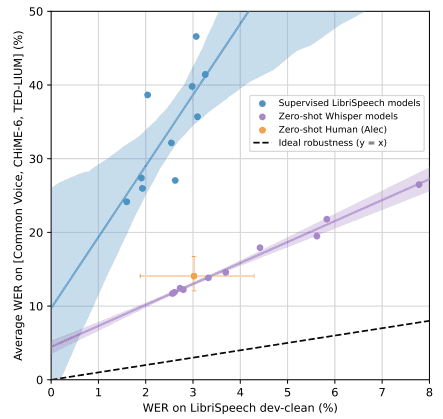 Whisper’s exceptional performance can be attributed to two key factors that differentiate it from previous models. The first is the sheer amount of training data it consumed. Whisper was trained on 680,000 hours of transcribed audio data collected from the internet. This is more than 10 times larger than the previous supervised models and provides a more comprehensive representation of the diversity of speech patterns. However, collecting such a large amount of data is not trivial because many transcripts on the internet have been generated by the existing ASR systems. To avoid contamination from “transcript-ese”, the researchers developed many heuristics to clean the training data. 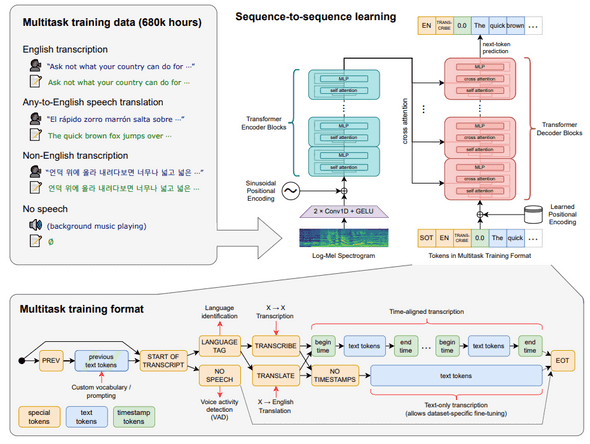 In just one year, AI-generated pictures have become ubiquitous. For example, the eyecatch picture of this post was generated by Stable Diffusion.

If there were an “AI Company of the Year” award, it would likely go to OpenAI. In 2022, the company amazed the world three times by releasing DALL･E 2, Whisper, and ChatGPT.

ChatGPT is a variant of GPT-3.5 with a key difference in its alignment. Unlike its predecessor, ChatGPT was trained to align with human values through a process known as reinforcement learning from human feedback (RLHF). But nothing more is disclosed for now. What did they do as “RLHF” exactly? How is it possible to handle tons of requests so fast? I hope this information will be public soon.

This entire post was written with the help of ChatGPT.

It is reported that Microsoft and OpenAI are collaborating to integrate ChatGPT into Bing, potentially challenging Google’s predominant position in search engines. However, you can already get a sense of this future technology at YOU.com, which supports YouChat. When you type a question into the search bar, the chatbot provides an answer by summarizing relevant web pages with references. This allows us to check if the answer is grounded in any evidence and if the evidence is reliable or not. This is a good solution to the hallucination issue of language models.

The technology behind GT Sophy is based on a combination of a realistic simulator, an RL algorithm, distributed and asynchronous training, and high-performance computing. This is detailed in a paper published in Nature.

Thanks for reading this year-in-review post. I hope you enjoyed reflecting what happened in deep learning in 2022. I’m excited to see what 2023 will bring to the field.