On August 18, the Kaggle SETI competition that I was participating in came to an end. This competition was hosted by Berkeley SETI Research Center, and participants competed on how accurately they can identify anomalous signals from the tremendous amount of data recorded by the Green Bank Telescope. Since we haven’t observed any signals from extraterrestrials (officially), the dataset was artificially generated by the host. 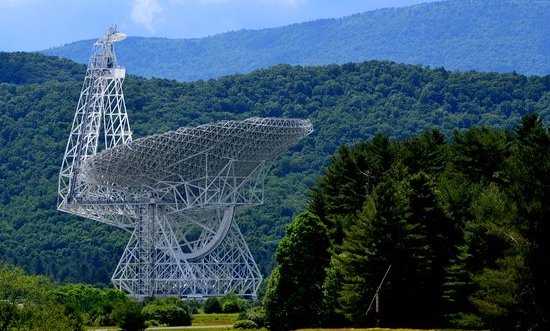 In this post, I briefly introduce the task for non-participants, and summarize the top 5 teams’ solutions and mine. Finally, I explain why “old leaky data” is included in the dataset and what it is.

The task was to predict whether the spectrograms contained signals from E.T or not. The evaluation metric was AUC. There were 60,000 training samples and 40,000 test samples, 10% of which were positive. Each sample is a set of 6 spectrograms, or a “cadence”. They are continuous in time, but the first, third, and fifth are referred to as “on target” signals that come from the target star, while the rest are “off target” signals from the nearby stars. If there is a pattern in “on target” and no pattern in “off target”, then the signal is a candidate signature of extraterrestrial technology (a positive sample)! If the pattern is also seen in “off target”, it should be a human-generated artifact (a negative sample). Here is an example of positive cadence. 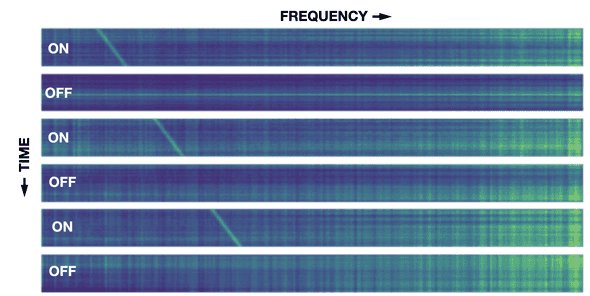 Does it look easy? Unfortunately, real samples are much harder to distinguish. It’s literally like a “needle in a haystack”.

The final standings were quite interesting. The top team “Watercooled” is more than 0.15 ahead of the other teams in AUC. What did they do?? 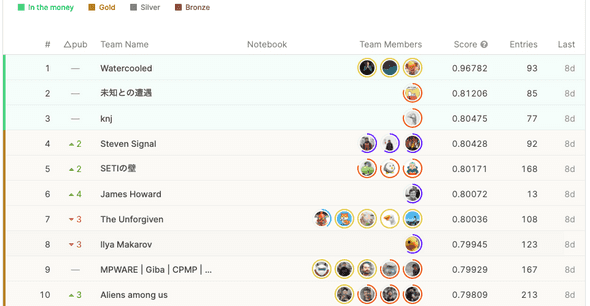 Here is a summary of the top five teams’ solutions and mine. They are listed in order of score for consistency, but considering the uniqueness of the 1st place solution, you might want to read the other solutions first and then the 1st place.

The team “Watercooled” (@philippsinger, @christofhenkel, and @ilu000) solved the task almost perfectly. The super team examined the CV/LB gap carefully and came up with two “magics” that led them to the victory.

The magic #1: S-shaped signal in the test set 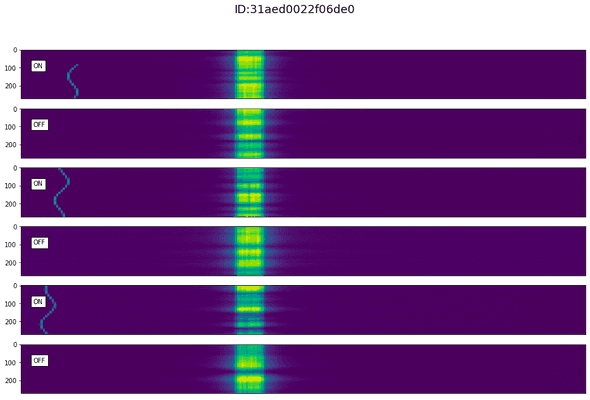 The magic #2: Removing the background noise 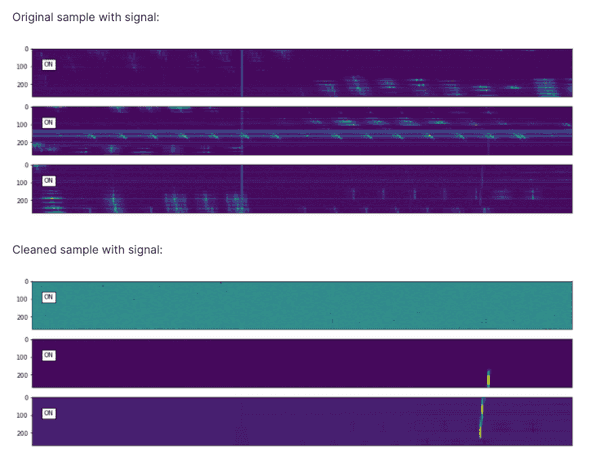 @hirune924 won second place with a surprisingly simple solution. It seems to me that every single component was essential for the high score.

The team “SETIの壁” (@sinpcw, @kzkt0713, and @sunakuzira) tried many things to tackle the domain shift and reported that SHOT was useful.

What did not work

I joined this competition in the early phase and did my best on it. I published a notebook titled “Search for Effective Data Augmentation”, and I got to the bronze zone for the first time in my life. But since the leakage was reported, I had been focusing on the CommonLit Readability Prize competition. I was back one week before the deadline and found the game to be much more difficult than before the reset.

My solution was heavily based on the clean and powerful notebook by @tuckerarrants. It resizes the input images with custom convolution layers before feeding them to the backbone (e.g., EfficientNet) to avoid information loss during the non-parametric interpolation. By replacing EfficientNet B0 with B3 and averaging over 5-fold models, the score increased from 0.745 to 0.768 (I should have tried even bigger models…).

As I mentioned earlier, two kinds of leakage were discovered in the course of the competition, which caused the entire dataset to be reset.

In the early stage, the number of digits displayed on the leaderboard was only to the second decimal place, and we thought AUC=0.99 could be possible, but when it started to display to the third decimal place and the top team’s score was revealed to be 0.999, everyone was convinced that it was leakage. And in fact, there were two kinds of leakage.

What was the Leakage?

First, @kazanova reported that it was possible to identify the target variable from the timestamp and ID of the numpy file.

Second, @nyanpn reported that positives and negatives are easily distinguished just by some simple statistics such as standard deviation.

Fortunately, this competition used simulated data, so the host regenerated a leak-free dataset. The competition was relaunched with an extended deadline.

In the old data, there were some hidden patterns in the spectrograms. This used to be one of the hot topics.

Alien face (found by me!) 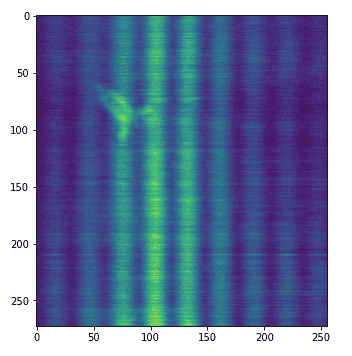